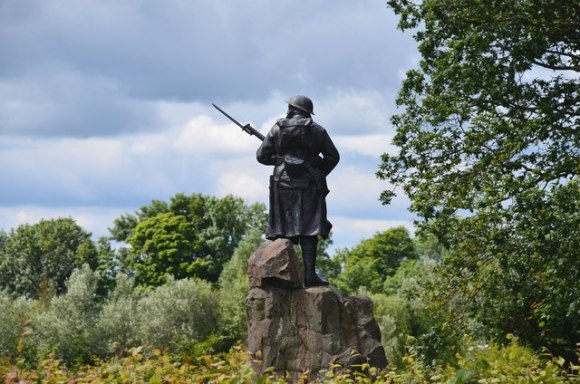 My conclusion from writing three works on the Pastoral Letters (soon to be published in Chinese, probably next year) is that the preacher is a steward.  Jesus had used a lot of stewardship language in his teachings (e.g. Luke 16.1-13).  In that part of the world, during that time, stewardship was a fact of life. As Timothy taught the church in Ephesus, Paul used stewardship language to encourage Timothy (1 Tim. 4.6; 6.13-14; 2 Tim. 1.3). What is a steward?  In the ancient household, there was a manager or several managers who took care of the business for the master.  In some sense, stewards are those who are directly responsible to the master.

In our world of church affairs, there seems to be many masters.  I’ve heard from one Baptist minister that his boss is every member.  As preachers, we live in tension of whether we should please humans or God (or what we perceive to be God-pleasing).  Humans pay our salaries after all.  How do we solve such tension?

I think first and foremost, we are stewards of God.  We answer to Him only.  At the risk of sound both cliché and Reformed (I’m actually a closet Reformed Christian but very outwardly ecumenical), preaching is about being accountable to God.  The goal is God’s glory, not human’s.  Quite often, preachers have this fear of offending people.  This fear is often more imagined than real.  I would advise all beginning preacher to grow thick skin in order to preach.  If not, this office is not for you.  If you’re still in seminary right now, you should either develop the thick skin or quit.

A very dangerous cult from China has been infiltrating Hong Kong churches recently, and I believe it will eventually penetrate US churches the way the Unification church has tried to do.  It’s called Eastern Lightning.  The way they do it is this.  They infiltrate churches by planting fake seekers or young believers who are attractive females.  They would then come into contact with leadership and lure them in.  The worst way they lure them in is first by flattering them and pretending to be very enthused about the Christian faith and then eventually have extramarital affairs with the leader.  Thereafter, they would threaten the leader to expose him.  By defecting to the cult, the leader still has a way of earning a living while saving his honor.  This seems to have nothing to do with the pastor/preacher being a steward, but it has everything to do with it.  The root cause of the problem is not sexual impropriety but approval of others, in this case, an attractive single female.  Those who want and need approval from others are in grave danger when they perform the pulpit ministry.  Who doesn’t want human approval?  Everyone does, but it is a temptation we must all resist.

What exactly is the preacher a steward of?  The answer hits at two different levels.  They are stewards of the Bible, viewed as the word of God in the evangelical tradition.   They are also stewards of the people God has gifted them with.

As a steward of God’s word, their preaching should be true to the text. They must teach the congregation what they do not know, not in a condescending way, but in a humble serving way because preachers are also mere servants, stewards of God’s bequeathed inheritance.  The preachers are the guards of the apostolic tradition. I don’t mean that they’re traditionalist by any means, but the Bible which has passed down to them through the Judeo-Christian canon is their bread and butter. They must preach it faithfully and continue to study and become progressive experts in it.  In my consultation with preachers, I observe that many have stopped reading books after seminary.  When I mention some of the essential reading in the NT, such as N. T. Wright or Larry Hurtado, many of them just give me a blank look.  My observation is that if the preacher does not renew his reading list in the Bible, he will never be a good steward in renewing his preaching.  Many look at quick-fix books on church growth and such.  Once again, I’ll encourage you not to look at numerical growth as the sign of true spirituality or spiritual health.  Don’t believe in statistics. Many lie with statistics and write books with them.  Good stewardship has no quick fix.  Some of us, as our careers find some fame, will begin defining ourselves by the kind of conferences in which we’ve spoken.  Some of us who have scholarly careers may begin to define ourselves by the kind of conferences in which we have presented our papers.  We can quickly get away from the real issue of stewardship.  We can only define ourselves only by noting whether we have been good stewards to the God whom we serve.

The other stewardship is the preacher’s audience.  My friend Dr. John Byron who is a good NT scholar and a very thoughtful blogger points out the difficulty of preaching hard messages because sometimes our rhetoric unnecessarily offend the audience.  When preaching hard subjects, I think the best guideline besides prayer is to understand your audience.  When a person does not understand the audience, the packaging might actually prevent the message from getting through.  This too is a failure of stewardship.  Not every preacher is everyone’s cup of tea.  However, we should not unnecessarily alienate our audience just because we are careless with our rhetoric.  In order to understand the rhetoric (and I’ll blog more about this in the future), we should first understand the biblical text and its own rhetoric.  How was the author addressing his audience? What kind of audience was he making his hard sayings to?  These are just SOME of the important questions to think about.  Upon understanding biblical rhetoric, we can then adjust our style so that our rhetoric both fits the spirit of the text and the spirit of our time.  Usage of antiquated vocabulary sometimes causes further alienation to our audience.  Preach with simple words, in short sentences and in singular idea.  The audience can certainly grasp the message better.  Preachers whose audience give a constant blank stare have not been good stewards of the audience God has given them.

If we Google “stewardship,” most of the search comes down to giving to the church.  The modern church has economized stewardship.  This is why we haven’t even addressed the real biblical issue of stewardship.  The biblical definition is so much broader and is not just about money.  Money is only one component.  It is about accountability to God.  In light of what is said above, it is also about accountability to God through a good stewardship of our people.  Such stewardship will take the vigilance of a soldier.  At the end of the day, does our preaching demonstrate that “Jesus is Lord”?  That’s the real question worth pondering.

Articles from my other blog